For the most effective heating or cooling, a geothermal pump is a fantastic sustainable energy source. The mechanism accelerates heating by making use of the earth’s internal heat reserves and summer as a heat sink to remove extra heat. We offer services of geothermal energy in Peyia.

To help the world return to its natural and healthy state, Green Air has taken a proactive step. We are shifting toward renewable energy sources including geothermal energy in Peyia. 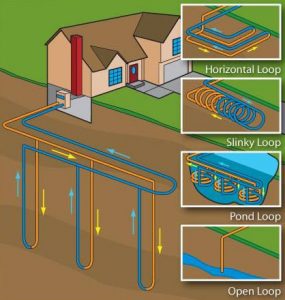 What is geothermal energy?

Geothermal energy has a variety of applications.

Applications for the energy produced by geothermal power plants and geothermal electricity include the following:

Geothermal systems are “baseload” power plants that can produce electricity continuously, seven days a week, in contrast to other renewable energy sources. So, it is a reliable source of green energy as a result.

Use our form to estimate the initial cost of renovation or installation.